I wrote my first “novel”, entitled Absolute, in middle school. It’s 26,000 words and rather obviously based on the Maximum Ride series, featuring a group of kids whose parents are mad scientists engaged in illegal genetic experiments. One day they successfully manage to clone a wooly mammoth calf, on which they will be performing untold hideous experiments. Cue the kids stealing the mammoth and leading their nefarious parents on a wild cross-country chase. At a distance it doesn’t sound half bad, but the illusion ends once you get closer.

…and more excellent plot devices by yours truly, age 13. However, I didn’t write this post to bash my middle-school writing. Absolute was a stepping stone to where I am now. And in the grand scheme of things, The Book of the Dead is a stepping stone to where I’ll be in ten more years. It’s important to not be too harsh on where you were as well, as where you are now. Everything is valuable. Everything is improvement. And to be honest, I’m still invested in that cheesy story about genius kids stealing a mammoth. Maybe I’ll take it somewhere someday.

I both love and hate worldbuilding. I love the feeling of creating a unique system in which whatever I decide is law. I hate how the fact that you can’t be lazy about it. I just want to dive into the story already! Can’t I just make the world up as I go?

…no. No I can’t. As I have discovered after many, many, many attempts to do so.

As much as I love writing by the seat of your pants, if you’re doing it in any kind of fantasy universe, it’s unsustainable if you want to end up with a coherent plot and a rich world. That takes planning, often involving poorly-drawn maps, myriad attempts at naming species/places/languages/everything in existence, mental debates over biology and linguistics and hierarchy, and a lot of, yes, boredom.

I’m sure there are people out there who adore every aspect of worldbuilding, but I get bored pretty quickly once I have a basic grasp on the system. But I try my best not to give into temptation and just start writing, because I know that will just result in frustration down the road, when I realize I didn’t know quite enough about [feudalism/reptile biology/thermodynamics/whatever] to make any of it make sense. And if I fudge my way through it, it just looks sloppy when I go back to it.

I just finished N. K. Jemisin’s The Hundred Thousand Kingdoms and started the second book, and she has really made me see what you can do with worldbuilding done right. It’s so obvious that she knows her world intimately from politics to ecology, and it shines through not in long tedious description but in small details that make the narrative glimmer. As I worldbuild for my current project, I’m trying to keep that in mind.

PS: My current project is about goblins 🌟

Just last week I posted my 2018 Reading Resolutions, and here I am, one down already! In a stroke of luck my university library had The Abyss Surrounds Us by Emily Skrutskie, which immediately drew me to it with promises of lesbian pirates raising sea monsters. On all three of those counts, I was not disappointed. 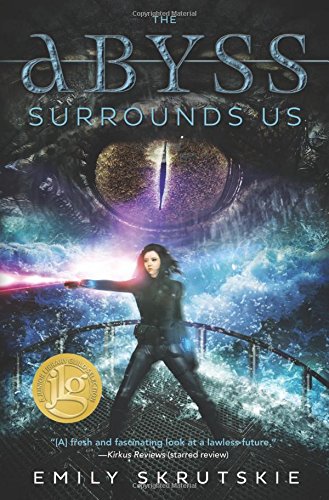 To get right into the plot, protagonist Cas was raised into the industry of Reckoner training: sea monsters that protect ships in a post-apocalyptic world where pirates target cargo crossing the NeoPacific Ccean. On her first solo mission, Cas’ reckoner is killed and she is taken hostage in order to raise a Reckoner pup which the pirate captain Santa Elena has mysteriously secured. Over the subsequent months, Cas must come to terms with the facts that she is falling for her watchdog/pirate-captain-in-training Swift, raising a true monster to kill those she once worked to protect, and perhaps becoming something of a monster herself.

Cas’ slow acceptance of what she creates–a man-eater–and what she becomes–a killer–is one of the best parts of this book. There are several moments in which Cas, astride Bao, her killer Reckoner, realizes she and her monster are the most dangerous things in the ocean…and she loves it. In a different book this would scare Cas into stronger moral (re)action, but in this case, she embraces it.

It’s not just that Cas comes to realize there’s a gray area between what she has always seen as good/evil. She does this. But there is also a distinct awareness on her part that piracy is nevertheless horrific, and what she is doing is horrific, and with that realization in mind she continues on instead of backing away. This, more than anything, is what sets this book apart in my eyes.

That said, she doesn’t try very hard to cling on to her previous worldview or life, and this disrupted the narrative for me a bit. Cas doesn’t seem to have any ties to her family and past life on land. They seem to have no bearing on her conscience beyond lip service. I would have been more convinced if there was a little more agonizing over the morality of her actions, or at least something in her background to explain the ease with which she accepts her about-face into piratic murder.

While this ambiguity did push me away from the story at some points, little details brought me back in. Descriptions of Cas training Bao were rich and immersive, perhaps the most so in the book. Cas’ and Swift’s relationship, which was shallo at first, quickly endeared me to it. The element I most appreciated and loved was their constant, mutual agreement of “equal footing”. Neither pursued a romantic relationship while Cas was still Swift’s captive charge, though both acknowledged romantic feelings. Fantastically done and touching.

In all, The Abyss Surrounds Us promised monsters, pirates, and romance, and delivered all three, along with an intriguing descent into gray morality. My eyes will be open for the sequel.

(P.S. from HQ: on my tumblr I am doing a giveaway of awesome swag I got at YALLFest, so if you’re interested check it out here!)

Last year I completed 3/5 of my 2017 Writing Resolutions, which I think is pretty impressive, and 4/5 of my 2017 to-read list. All in all, I’m calling it a success, considering the overall apocalyptic nature of 2017 (good riddance). Without further ado, here are the five books I am DETERMINED to read in 2018! If you can spot the theme of this year’s list and mention it in the comments, you get a prize (hint: it’s not subtle).

According to Patrick Ness, by whom I was seriously impacted at YALLFest, this book is a combination of Mrs. Dalloway and Judy Blume’s Forever. For that reason, this reading resolution is actually 3 books in 1, because I will be reading those two to before I read Release. I am very excited for them all.

2. The Long Way to a Small Angry Planet by Becky Chambers

I actually have this book, and it was recommended to me by one of my favorite people in the world, a very incredible religious studies professor who enjoys, like me, religion and science fiction in any and all combinations. It looks like a great story with a great cast. 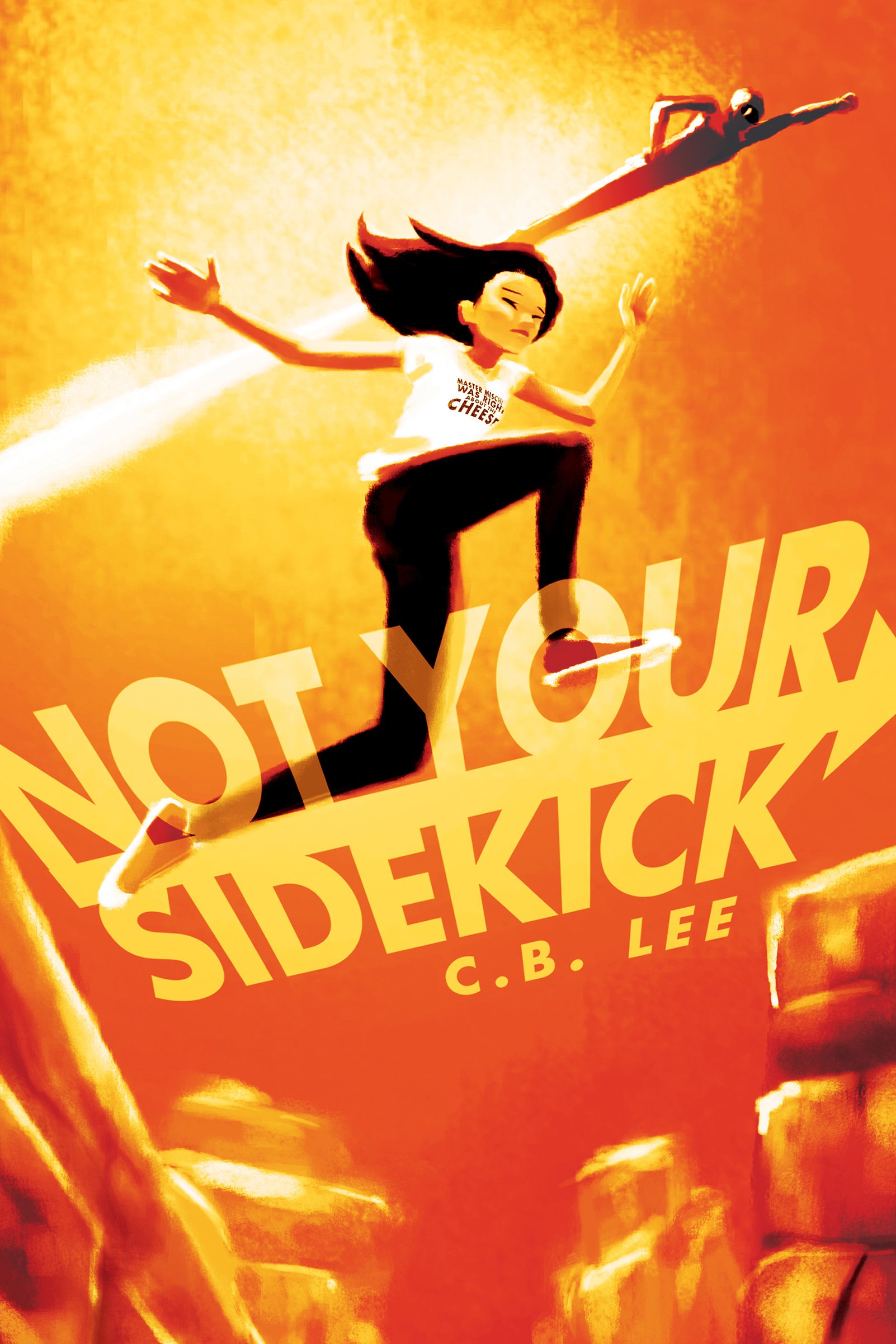 I NEED TO READ THIS BOOK SO BADLY. I see it all over tumblr, and have since it came out–it’s been on my “to read asap” list since before it was published. This is the year it happens.

4. The Abyss Surrounds Us by Emily Skrutskie

Pacific-Rim-type monsters? Pirate queens?? Monster raising??? All of the above but queer???? Count me in.

5. History Is All You Left Me by Adam Silvera

So, confession, this is the one from last year’s list that I didn’t manage to read–none of my libraries had it. But I already ordered it and should have it read by the end of the month. I swear! (This time for real!)

The blog of Evangeline Giaconia, purveyor of stories, myths, and miscellaneous wonders.

YA fiction/fantasy, art, and thoughts about the writing process.